Aleksandar Knežević was born in 1969, just a few weeks before the first man landed on the Moon. He is a lawyer by education, a diplomat by profession, and by love and passion− a photographer. He has been working with photography for a very long time, but his work became more serious with the rise of digital photography, almost two decades ago. Aleksandar likes personal, urban, documentary and architectural photography. He likes narrativity and artistry, conveying emotion, and social engagement of photography. He believes that, above all, creativity must bear responsibility towards a society in which it is being developed. The connection between man and city, and the positive and negative aspects of this relationship, are dominant in his photos. The author describes his photos as visual, bitter-sweet aphorisms on the life of Belgrade and its citizens. Aleksandar is a member of the Association of Photography Authors – AFA, where he volunteered as a lecturer at photo-workshops. In 2014, he held a solo exhibition called "Belgradisms" (Beogradizmi). In 2017, at the exhibition "Life in Belgrade" (Život u Beogradu) held in Singidumun gallery, he received the best photography award. 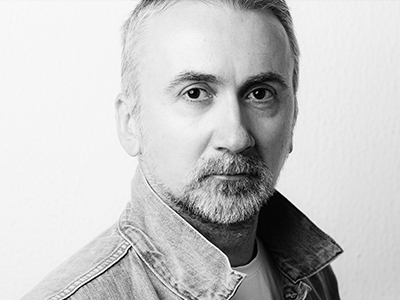