Marija Piroški was born in Belgrade in 1989. She has graduated in history at the Egyptology Department of the Faculty of Philosophy, University of Belgrade. She started her career as a photographer in 2012. In 2015, she began working as a photographer for Mikser House, a multidisciplinary and multicultural centre in Belgrade, through which she entered the world of professional photography. In the following years, she documented the migrant crisis and was hired by Oxfam and Divac Foundation to capture dramatic scenes at the borders, reception centres and Belgrade streets, which resulted in her solo exhibition called Between dream and reality on the Balkan route. Her photographs have been published by numerous domestic and foreign newspapers and platforms: Politika, Blic, Telegraf, Vice, Harper's Bazaar, New York Daily, Vogue etc..

Furthermore, she has long been cooperating with institutions such as the Goethe Institute, Belgrade Cultural Centre, United Nations, Association Krokodil, foreign embassies in Belgrade, foundations Konrad-Adenauer and Friedrich-Ebert, etc. In 2018 and 2019 she co-lectured at the photography workshop Resource: Utopia by renowned German photographer Andreas Rost. Her photography is characterised by a specific angle of observing and contemplating the cities, landscapes and moments she captures through her lens. 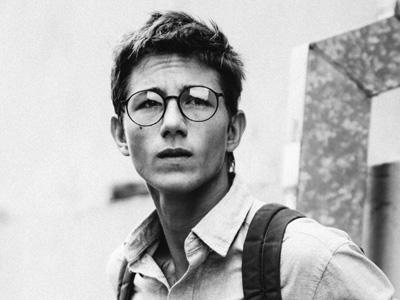